The Sergio Gallegos Family has a long history of community involvement. The family was particularly active in the field of education. As a family and as individuals, they supported civil and human rights causes. 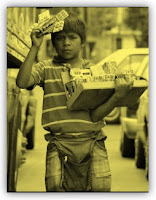 The family represents and exemplifies a Hispanic family that worked hard and achieved the American dream. They continue to serve the community and are a credit to the Mexican-American community of OKC, individually and collectively.

Mr. Sergio Gallegos passed away on February 16, 2015. He was born in a poor neighborhood in Mexico City in 1939. At the age of 8, he began selling chiclets on the streets of Mexico City to help provide economically for his mother and siblings.

At the age of 15, Sergio became an apprentice jeweler under the tutelage of his uncle. It was this talent that gave Mr. Gallegos his career. He became known as one of the best diamond setters in the United States and Mexico.

Employment in the United States beckoned, and Mr. Gallegos came to work for prestigious jewelry companies such as Cartier, Tiffany’s, and Samuel Gordon Jewelers.

Mr. Gallegos valued education, seeing it as the gateway to success. He wanted for his children to get an Associates degree and beyond. As a result of his encouragement, one obtained an Associate degree, one obtained an Executive Management certificate, two earned a Master’s, four received Bachelor’s degrees, and one obtained a Juris Doctorate.

Sergio Gallegos is survived by his wife, Guillermina Gallegos, his children and his many wonderful grandchildren.

On December 10th, the Oklahoma Universal Human Rights Alliance will honor human rights heroes from around our great state. A recognition program will take place at the State Capitol. The Gallegos family will be among those to be honored. More information about the program can be found here: "Celebrate Human Rights."

"It is essential to promote the development of friendly relations between nations."
--From the Preamble to the
Universal Declaration of Human Rights
Posted by William Anders at 4:37 PM