Political Spin versus Straight Talk
on the Nuclear Framework with Iran


Where Does the United Nations Stand on the Agreement?


The announcement on April 2nd of a framework nuclear agreement with Iran was big news, by any measure.

Naturally, there have been a range of reactions to the news. Many governments and civil society organizations have expressed their support. Public opinion surveys have measured the sentiment of American voters. Politicians have also offered their own thoughts on the deal, often with a heavy dose of political spin. It's hard to escape politics, isn't it?

Most international leaders have spoken in favor of the agreement, including the five permanent members of the UN Security Council -- the United States, Russia, France, the United Kingdom, and China.

Those five nations, often called the "P5" nations, are recognized leaders of the United Nations Security Council. One of their mandates is to control the spread of nuclear weapons. They have been focused on suspicious Iranian nuclear research and development activities since 2002, when the IAEA (International Atomic Energy Agency) received information about a previously unknown uranium enrichment facility in Iran.

After years of attention to Iran's uranium enrichment capability, with the unwavering goal of assuring that Iran does not develop the capacity to build a nuclear weapon, the P5 nations support the framework agreement. In fact, they were at the negotiating table with Iran when the framework deal was worked out.

Here's the first element of Political Spin that is often heard in conversations about the framework: Some political commentators routinely describe the agreement as a deal between "Obama" and the Iranians. Or, they refer to it as a deal between "the Obama Administration" and Iran. In fact, it was the P5 nations plus Germany that took the lead on negotiations with Iran. It was an international coalition that hammered out the framework deal on Iranian nuclear activities.

(We give credit to President Obama and Secretary of State John Kerry for their individual leadership on re-opening diplomacy with Iran, but the strength of the international coalition has been a key factor in the success of the negotiations).

On multiple occasions in the last 30 days, Senator James Lankford -- our junior senator from Oklahoma -- has made the comment that, "The Administration agreement is weaker than the United Nations demands on Iran."

Is this comment more Political Spin or is it Straight Talk?

Well, Senator Lankford is correct in a way. But, his statement leaves out recent developments
with respect to the negotiations in Switzerland (where the P5 negotiators continue to meet
with delegates from Iran).

Here are five facts to consider:

(1)  In 2006, the UN Security Council issued its first resolution demanding that Iran suspend all enrichment-related and reprocessing activities. Additional action followed. Increasingly strict levels of economic sanctions were imposed beginning in 2006 and continuing through 2012. In all, seven sanctions resolutions were implemented. An arms embargo was put in place. The assets of key individuals and companies were frozen. Travel bans were invoked. Iran was barred from participating in any activities related to ballistic missiles.

(2)  The goal of the sanctions was not to punish Iran. Rather, it was to force Iran to comply with the terms of the Nuclear Non-Proliferation Treaty (NPT), a 47-year-old international agreement that is enforced by the IAEA in cooperation with the UN Security Council. Iran signed the treaty in 1968, and it insists that its nuclear-related activities have always been for peaceful purposes (which are allowed under the terms of the treaty). Even so, a 2003 report by the IAEA Board of Governors found that, "Iran has failed to meet its obligations under its Safeguards Agreement with respect to the reporting of nuclear material, the subsequent processing and use of that material and the declaration of facilities where the material was stored and processed."

(3) By 2013, the steady and broad application of sanctions brought Iran to the negotiating table. A round of the talks between Iran and the P5+1 was held in the Kazakh city of Almaty. Further talks were held later that year in Geneva.

(4) On 24 November 2013, an interim agreement was reached between the P5+1 countries and Iran in Geneva, Switzerland. Iran agreed to a freeze and partial rollback of portions of its nuclear program in exchange for an easing of economic sanctions. Meanwhile, the negotiators worked towards a long-term agreement.

(5) The framework agreement announced on April 2nd is not the end of the road. The negotiators have given themselves until June 30th to produce a final, written agreement. The "framework" of the agreement is described in a Joint Statement issued by the negotiators. The
Joint Statement includes the following points on which all sides concur:

<> Iran's enrichment capacity, enrichment level and stockpile will be limited for specified durations.

<> Iran is allowed to conduct non-weapons research and development activities on centrifuges with an agreed scope and schedule.

<> Iran's underground enrichment center will be converted to a "nuclear, physics and technology centre."

<> Iran's Heavy Water facility in Arak will be redesigned and modernized to a "Heavy Water Research Reactor" with no weapon grade plutonium byproducts. The spent fuel will be exported; there will be no reprocessing.

<> Iran agrees to monitoring by the IAEA, including enhanced access by modern technologies to
clarify past and present issues.

<> After the IAEA verifies Iran's implementation of its key nuclear commitments:

﻿ With respect to Senator Lankford's assertion ("The Administration agreement is weaker than the United Nations demands on Iran"), the final point of the Joint Statement is particularly relevant. It is clear that the framework agreement is completely consistent with the goals and aspirations of the permanent members of the Security Council. Assuming that a final agreement is finished on schedule, we can expect a new resolution from the UN Security Council later this year. It will put the UN Security Council on the record as favoring the agreement between Iran and the P5+1 nations.

Our Oklahoma members and friends of the United Nations Association deserve to know all the facts about the framework agreement with Iran -- not a cartoon version of the facts. As the negotiations continue, we will continue to provide analysis and commentary.

Thank you for your support!

What Do Americans Think about the Framework Agreement with Iran? 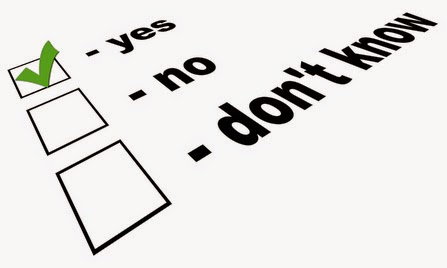 We queried The Google, and we found these 3 articles which we recommend:

More Approve Than Disapprove of Iran Talks, But Most Think Iranians Are ‘Not Serious’
"Ahead of a March 31 deadline for nuclear talks with Iran, more Americans approve (49%) than
disapprove (40%) of the United States negotiating directly with Iran over its nuclear program."
--The Pew Research Center

Poll Finds Most Americans Don't Trust Iran on Nuclear Deal
"Most Americans don't trust that Iran will abide by an eventual agreement to curtail its
nuclear program and not develop an atomic weapon, according to an NBC News poll released on
Thursday."
--NBC News

Posted by William Anders at 7:03 PM No comments: