When Oklahoma Vied to be the Home of the United Nations

In 1945, as a permanent global organization for collective security was rising, forward-thinking Oklahomans hoped to make our state the center of the new world.


This year marks the 70th anniversary of the United Nations. We're helping to celebrate this anniversary by remembering the history of the nascent UN from its earliest days in World War Two.

Seventy years ago today -- June 28, 2015 -- the United States Senate ratified the United Nations Charter by a vote of 89 to 2. This followed years of discussions by the wartime allies about the need for a permanent organization to enforce a lasting peace in the world.

As early as 1942, representatives of 26 nations met in Washington, DC, to sign the Declaration of the United Nations endorsing the Atlantic Charter. The United Nations pledged to use their full resources against the Axis powers.

(The flags of those 26 nations are represented on the cover of our annual report, "In Larger Freedom" (pdf)).

Throughout the years of the second world war, discussions continued about forming a permanent organization for collective security. In 1943, world leaders met in Quebec to pursue this subject. Talks continued in Dumbarton Oaks (1944) and San Francisco (Apri - June, 1945).

"This new or future city of such world-wide importance will be a continuous world's
fair, and the magnitude and importance which it will display and have over world affairs
is hardly possible for the mind to conceive at this time."

Oklahoma Representative Ben P. Choate -- a state representative from Pittsburg County -- was fascinated by the idea of locating the UN Headquarters in Oklahoma.

Rep. Choate's personal history was rooted in Tuskahoma, where the historic capital of the Choctaw Nation stands. In 1945, he launched an energetic campaign to locate the UN Headquarters in Tuskahoma.

After consulting with Will Durant, the Choctaw chief, Rep. Choate wrote persuasive letters to Governor Kerr, to Oklahoma's representatives in Congress, and to President Harry Truman.

As described in "Capital of the World: The Race to Host the United Nations," Rep. Choate:

"...Extolled the merits of Oklahoma climate and geography, and he imagined that air transportation would make Tuskahoma as accessible as any other place on the planet."

Additionally, he called attention to the symbolic message that would be communicated by locating the UN in a place known for the history of its indigenous people.

"Since the prime motive of the [United Nations] was for the protection and help to the minority nations or races, no more fitting and timely gesture could be made than by placing the World Capital here at a place formerly used as the seat of a Government of a minority Nation here in our country."

Charlene Mires, author of "Capital of the World," noted:

"Choate's promotion of Tuskahoma reflected the growing global consciousness of the common concerns of colonized people -- whether Native Americans in Oklahoma or peoples in Asia and Africa -- seeking freedom from European empires. For many, the United Nations represented hope for a more equitable future."

For an instant in time, Rep. Choate's proposal caught the imagination of forward-thinking Oklahomans.

Governor Robert S. Kerr's economic development agency of that era was the Oklahoma Planning and Resources Board, and it embraced Rep. Choate's proposal as an opportunity to promote an economic revival in southeast Oklahoma. The agency boosted the campaign by drawing maps for the United Nations and by developing a promotional brochure to send to London (where the first meeting of the UN General Assembly was held).

The chamber of commerce in McAlester also supported the Tuskahoma campaign.

As it turned out, the idea of placing the UN Headquarters in Tuskahoma never achieved the success that was hoped for. (A similar campaign for Claremore also failed). New York City ultimately became the hub for UN operations around the world, supported by UN offices in Geneva, Vienna, and Nairobi.

Even so, this brief episode in our state's history helps to illustrate the keen interest that Oklahomans had -- and continue to have -- in the mission and purpose of the United Nations.

Over the years, many great Oklahomans have served America in the United Nations -- including Ambassador Jeane Kirkpatrick, Secretary of State Hannah D. Atkins, and University of Central Oklahoma President Don Betz.

The members of the UN Association in Oklahoma are proud to support these noble sentiments.


Are you a member yet?

The UN works! Peace is being restored to conflict zones. Child mortality rates are falling. The UN is making important contributions to our understanding of climate change and sustainable development. The UN is at the heart of the global movement to promote a world-wide culture of peace. 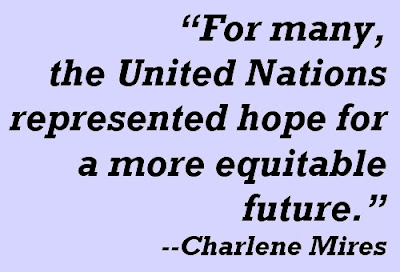 Posted by William Anders at 10:29 AM No comments: 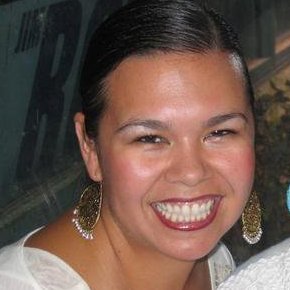 Announcing the Newest Winner of
Our UNA-OKC Public Service Award


We are proud to announce the winner of our 2015 Public Service Award -- Jessica Martinez-Brooks. Ms. Martinez-Brooks is the Director of Community Outreach and Education for Oklahoma City Community College (OCCC). She was nominated by Mr. Akash Patel, the founder and director of World Experiences - Connecting Across Cultures.

Under the leadership of Ms. Martinez-Brooks, OCCC provides English as a Second Language and GED classes to more than 3,000 students annually in 23 different off-site locations. Through her department, OCCC delivers free citizenship classes for the community. Additionally, OCCC's popular "College for Kids" summer program -- with an emphasis on science, creative arts, math, computer applications, humanities, and social sciences -- is offered through OCCC's Community Outreach and Education department.

Priya Desai, president of the OKC chapter of the United Nations Association, said about Ms. Martinez-Brooks: "This award is given in recognition of her contributions to excellence in public service as well as her enduring commitment to public education."

"As we have learned by participating in the UN's 'My World' survey, people around the world rate education as one of their top priorities. 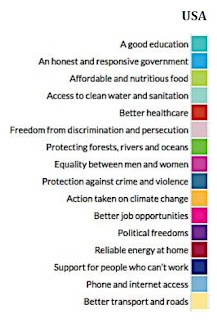 "Of the 7.5 million people who have voted in the global survey so far," Ms. Desai said, "More than 4.9 million have chosen 'a good education' as the single topic that matters most to their lives. This is true in the United States as well as in most countries in the world."

Through this year's award, we want to pay our respect to Ms. Martinez-Brooks as an individual and to honor all public service workers who help to support public education as a profession. We also hope to call greater attention to the need for quality education in our communities and around the world.

In a speech to a global education conference last month, UN Secretary General Ban Ki-Moon commented on the prevailing sentiment of the global community:

"We need to listen to this call. Education is a powerful weapon to fight security threats, including the rise of violent extremism.

"The terrorists know this. That is why they keep attacking schools, like in Garissa, Kenya and
Peshawar, Pakistan. They target girls with books, like Malala Yousafzai and her friends as well as the girls in Chibok, Nigeria. We never forget their struggle....

"It is unjust that 57 million school age children are out of school. We cannot call this world
prosperous if it is too poor to educate its children.

"I urge action to focus on girls and women, ethnic minorities, persons with disabilities and children living in conflict-affected areas, rural areas and urban slums. I also call for school curricula and activities that promote gender equality.

"Education must do more than produce individuals who can read, write and count. It must nurture global citizens who can rise to the challenges of the 21st century.

"At any age, people can learn."

In nominating Jessica Martinez-Brooks for the 2015 UNA-OKC Public Service Award, Akash Patel described the nominee's successful tenure at OCCC. He also described her activities as a volunteer in the community:

"In 2001, Mrs. Martinez-Brooks sponsored a campus organization designed to promote education for Hispanic students. She also began volunteering with the Latino Community Development Agency and was recognized as Volunteer of the Year in 2006.

"She continues her community service outside the confines of the college by serving on the board of directors for the Regional Food Bank of Oklahoma and many other organizations. She also served as president of the Oklahoma Hispanic Professional Association, board vice-president and fundraising chair of the YWCA of Oklahoma City, chair of the Oklahoma City Mariachi Festival and volunteer at La Puerta de Oro and served on the scholarship committee of the League of United Latin American Citizens."

To Mr. Patel, this spirit of volunteerism helps to illustrate the UN's goals of "social progress and
better standards of life in larger freedom." (From the Preamble to the United Nations Charter).

The board of directors of the OKC chapter of the United Nations Association emphatically agrees with Mr. Patel. We are happy to recognize Jessica Martinez-Brooks as our 2015 UNA-OKC Public Service Award winner.


Jessica Martinez-Brooks currently serves as the Director of Community Outreach and Education at Oklahoma City Community College with a goal of improving and increasing access to post-secondary education for at-risk, low-income, urban, and minority populations.

Martinez-Brooks received her B.A. in journalism and a master's degree from the University of Oklahoma. She was recognized for her work in racial and social justice by the FBI in 2014, was named Volunteer of the Year by the Latino Community Development Agency in 2006 and named to the "Forty Under 40" and "Achievers Under 40" lists by OKC Business and The Journal Record. In 2014, she received the Robert P. Todd Leadership Award for her work at OCCC and was named to the OCCC Alumni Hall of Fame in 2007.

She currently serves on a number of boards and organizations in the metro area including: the
Southwest Center for Human Relation Studies at OU, Regional Food Bank, Teach for America, Historic Capitol Hill, AAUW (American Association of University Women) South Oklahoma City Branch, South Oklahoma City Rotary and Leadership Oklahoma City. She is married to Michael Brooks-Jimenez and resides in Southwest Oklahoma City with her husband and children, Joaquin and Lucy.

The UNA-OKC 2015 Public Service Award will be presented to Ms. Martinez-Brooks on Monday, June 29th, 2pm, at the OCCC Outreach and Education center, 6500 S. Land Ave., in Oklahoma City. Find more information about the event on Facebook, www.facebook.com/events/868725539842455/

About the UNA-OKC Public Service Award 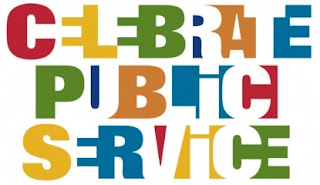 The General Assembly of the United Nations has designated June 23rd as "Public Service Day" -- an annual day intended to celebrate the value and virtue of public service to the community.

To commemorate this day, our chapter of the UN Association has created the UNA-OKC Public Service Award -- to honor a county, state or other governmental employee whose work serves to promote "...social progress and better standards of life in larger freedom."  (From the Preamble to the UN Charter).

Posted by William Anders at 3:17 PM No comments: