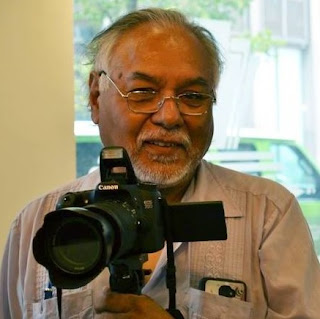 “Everyone has the right to freedom of peaceful assembly and association.”
--Article 20
The Universal Declaration of Human Rights


Roberto Mendoza is a cinematographer, photographer (still) and producer in Oklahoma City.

On Facebook, he describes himself as a “Filmmaker, artist, grandfather, r'evolutionary, thinker, activist.”

Roberto is from Tulsa, a member of the Muskogee (Creek) Nation. Presently, he lives in Oklahoma City after spending several years in California. He is a screenwriter and videographer who has worked on several film projects.

Roberto is being recognized as a winner of the 2016 Oklahoma Human Rights Award because of his passionate support for human rights – especially the rights of indigenous people.

In November, Roberto was among several thousand people who traveled to Standing Rock, North Dakota, to support the Sioux and indigenous values.

Upon returning to Oklahoma City, he helped to organize a protest against the North Dakota Access Pipeline, which threatens the tribe's water supply. A demonstration was held at the Skydance Bridge in downtown OKC.

In an extended interview with KOCO News, Mendoza offered his thoughts on the motives of the people who demonstrate to protect clean water:

“My weapons are my words, my writings, and my values. Many people have strong values around land, water, and air. They are standing up for their values and trying to protect, and that kind of gets people on a gut level.”


The interview can be found on the MSN.com website, here:


We are proud to salute Roberto Mendoza for illustrating the importance of human rights where we live. 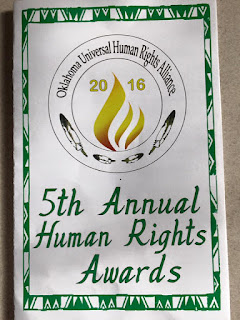 Posted by William Anders at 6:24 PM