Human Rights Champion to Be
Honored on December 10th


We are pleased to announce that Mr. Tom Guild of Edmond, OK, has been selected as one of the 2016 winners of the Oklahoma Human Rights Award.

Tom Guild served for 17 years in the leadership of the American Association of University Professors at the local, state, and national levels. He worked for tenure, due process, and shared governance in the academy. He was twice given the award for service to the professorate at the University of Central Oklahoma and chosen for the national award for outstanding service to college professors by the national association. 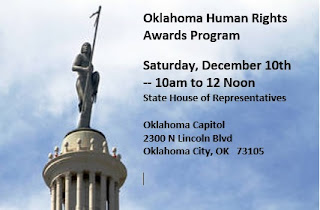 His research on the rights of women-including freedom from sex discrimination including sexual harassment, also the disabled, and the LGBT community. His research resulted in presentations at regional, national, and international conferences and publications in refereed academic journals and chapters in books.

He served for two years at the state level on the Executive Committee of the Oklahoma branch of the American Association of University Women to advance the rights of women. He was a co-founder of the Brennan Society and has served as a justice in the society’s governance promoting the human rights of Oklahomans.

He played a key role in opposing imposition of Oklahoma’s right to work laws and has worked to promote increases in the minimum wage and workers’ collective rights. He has supported women’s rights by participating in numerous Pink Wave Rallies at the Oklahoma State Capitol. He has supported the rights of Native Americans, and recently attended a press conference and a rally to support the Standing Rock Sioux in their fight to prevent a pipeline from invading sacred tribal lands and defending the tribe’s access to water.

Tom is a longtime member of the NAACP and recently served a term on the board of LULAC in Oklahoma. Tom has worked for decades to guard and secure the dignity, personhood, liberty, and due process for all members of the human community.


The public is invited to attend the presentation of the 2016 Human Rights Awards on Saturday, December 10th, in the House Chamber of the Oklahoma State Capitol. The program will begin at 10am. It will be emcee'd by former State Representative Seneca Scott. There is no charge to attend. Following the awards program, you are invited to enjoy a Free Speech Forum in the Senate Assembly Room from 12 Noon to 2pm. 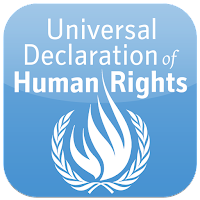 Posted by William Anders at 7:48 AM