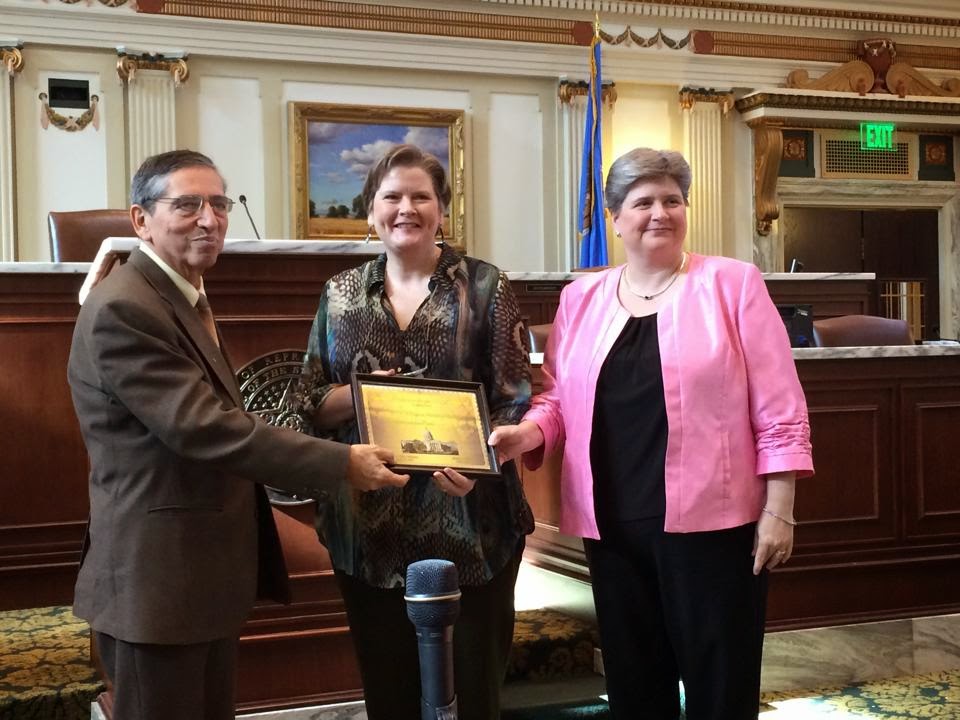 
Friends, all of the accolades we receive are special, for different reasons, but today's award was meaningful because it acknowledges that LGBT rights are human rights.

When Mary and I got up to receive our award and make some comments, I noted that looking around the room, I saw black, white, Latino, Middle Eastern, Christian, Jew, Muslim, male, female, young and old. But after listening to all but one of the speeches (one more came after us), what really struck me were our similarities!

A Muslim speaker talked about having lawmakers propose and pass bills meant to curb his community's freedoms. A Latino speaker talked about bias in society because of differences (in his case a foreign accent). To a person, every speaker who went before us said some phrase or discussed some issue or idea that we ourselves have said about our own LGBT community -- from "Keep the faith" and "Be a voice for the voiceless" to talk of death threats and the work that remains to be done.

It was so meaningful to be in a room full of people who are fighting the same fights right alongside us, revealing how we're really so much the same.

We thank the Oklahoma Universal Human Rights Alliance for the honor and especially Bill Bryant of the Oklahoma City chapter of the United Nations Association for nominating us.

“Men and women of full age, without any limitation due to race, nationality or religion, have the right to marry and to found a family. They are entitled to equal rights as to marriage, during marriage and at its dissolution.”

(Article 16 of the Universal Declaration of Human Rights)
http://www.un.org/en/documents/udhr/index.shtml#a16
Posted by William Anders at 4:07 AM