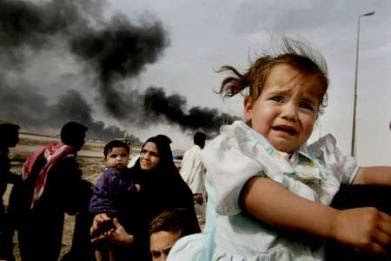 (Registration for our UN Day Luncheon is now closed. If you have reserved a seat for the luncheon, we look forward to seeing you on Saturday, October 18th)
To receive information about future programs and activities of our Oklahoma City chapter of the United Nations Association, please be sure to sign up for our email list ... HERE. Thanks!

In June of this year, the UN refugee agency reported that “…the number of refugees, asylum-seekers and internally displaced people worldwide has, for the first time in the post-World War II era, exceeded 50 million people.”

It's no wonder. If you've been paying attention to the news lately, you know about the growing number of people fleeing from violence in Iraq, Syria, the Central African Republic, and elsewhere. And that doesn't count the surprising number of unaccompanied children who have crossed into the United States along our southwest border -- many of whom properly meet the definition of "refugee."

It's for this reason that our annual Oklahoma City observance of United Nations Day will focus on
the topic of "The Refugee Crisis."

You're invited to join us as we celebrate the 69th anniversary of the founding of the United Nations by exploring the UN's role in protecting refugees around the world.

Our annual UN Day Luncheon will be:

Our program will feature three knowledgeable and informative panelists:

Priya Desai, president of the Oklahoma City chapter of the United Nations Association, commented on the topic of the panel discussion:
"The UN has had an historic role in addressing the problem of refugees around the world. After World War Two, an international consensus emerged regarding the proper treatment of refugees. As a result of that consensus, the nations of the world agreed to offer protection to people who have been forced to flee from their homes."

"Our panel discussion will examine how well we in the United States are living up to our obligations under international law. We will also explore the growing problem of refugees around the world."

Why focus on the refugee crisis at our UN Day Luncheon?

Well, for one thing, from a perspective of international law, the UN was instrumental in creating
the Refugee Convention of 1951 and its related protocols.

The Refugee Convention serves to describe the obligations of all nations to receive and protect people who have been forced to flee their homes because of war, conflict, “a well-founded fear of
persecution,” etc. The international consensus on the treatment of refugees evolved from the world’s experience with those fleeing from Nazi persecution before and during World War Two.

Additionally, the UN has a central role in responding to the international refugee crisis with
practical aid and assistance. Through the UN Refugee Agency – and with the support and cooperation of NGO’s like the Red Cross, etc. -- the UN helps to coordinate the delivery of humanitarian aid to refugee populations.

We think our program will be timely, informative, and interesting to many people in our community.

Our UN Day Luncheon program will also include the presentation of the UN Association's 2014 Public Service Award. This year's winner is Ms. Jacklyn Brink-Rosen, who works for the State of Oklahoma as a legislative assistant. Ms. Brink-Rosen will be recognized for her exemplary work in support of the Oklahoma House of Representatives and for her leadership and volunteerism on public policy related to hunger and food security. 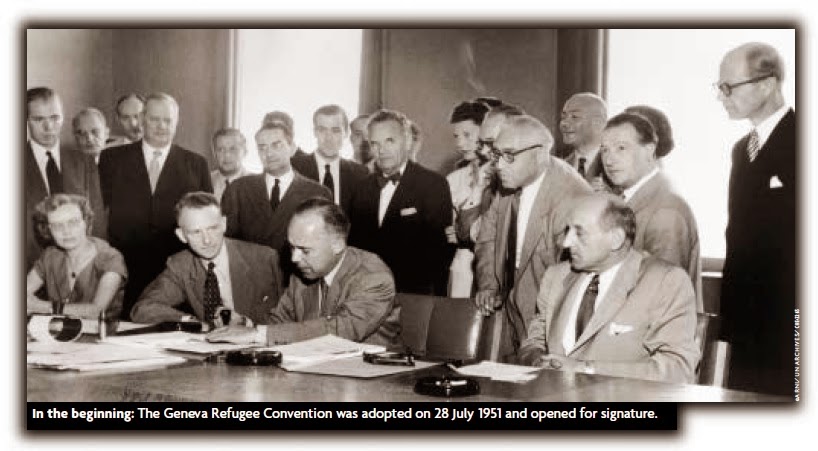 Signing the Treaty
The 1951 Convention relating to the Status of Refugees is the key legal document in defining who is a refugee, their rights and the legal obligations of states. The 1967 Protocol removed geographical and temporal restrictions from the Convention. To read more about international law related to the treatment of refugees, see the UNHCR website, here ... www.unhcr.org/pages/49da0e466.html
Posted by William Anders at 11:49 AM