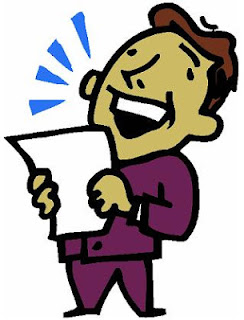 Here are 7 "talking points" for the members of the States' Rights Committee to consider when they vote on House Bill 1412 (Rep. Sally Kern's bill that would prohibit public commerce with the United Nations).

(1)  Bi-partisan majorities of American voters support the United Nations. This has been confirmed by public opinion surveys over many years. Most recently, the Better World Campaign reports that, "Eight in 10 voters say it is important for the U.S. to maintain an active role in the United Nations, and further that it is in America's best interest to continue to actively support the UN." Members of the States' Rights Committee who vote "No" on HB 1412 will be representing the majority of Oklahomans.

(2)  Members of the committee can vote "No" on HB 1412 and still support the due process rights of all Oklahomans. All Oklahomans are entitled to the due process of law. It is a right that is guaranteed by the Fourteenth Amendment of the U.S. Constitution. House Bill 1412 does not add to the protections that Oklahomans already have. HB 1412 is a moot proposition.

(3)  Members of the committee can vote "No" and still defend the property rights of Oklahomans. The property rights of Oklahomans are not threatened by "Agenda 21," which is a set of non-binding recommendations and does not carry the force of law. The United Nations is also a defender of the right of people everywhere to own and use property. (See "The UN and Property Rights," on our blog).

(4)  By voting "No" on HB 1412, committee members will be protecting the intellectual liberty of all Oklahomans -- preserving the ability of Oklahomans to benefit from the knowledge resources that are currently available in our public libraries and state universities. HB 1412 would restrict the ability of state universities and public libraries to acquire new books, journals, reports and data sets from the United Nations.

(5)  A "No" vote on HB 1412 will support the technical and scientific aspirations of our people who seek to expand Oklahoma's reputation as a World Class place to live and work.

(6) A "No" vote will validate the good work and reasonable judgment of public servants in our cities, counties, and state agencies who have suffered from unfounded accusations against their professionalism and integrity. (See "Assurance," on our blog).

We appreciate the good work of the States' Rights Committee. We trust that the members of the committee will act prudently, rationally, and responsively to the will of all Oklahomans.

For a list of the members of the States' Rights Committee, including their phone numbers and email addresses, please see our previous article titled, "Action Delayed."

Posted by William Anders at 4:11 AM