Let's Give An Assist 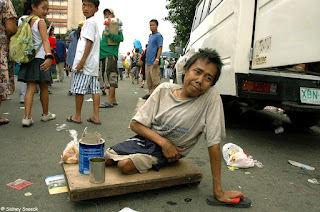 Let's Give an Assist to People with Disabilities

The Rights Treaty for People with Disabilities
is Coming Up for a Vote in the U.S. Senate

Can You Call or Write Senator Inhofe?

Since the passage of the Americans with Disabilities Act in 1990, people with disabilites in our country have had greater opportunities to go to school and gain employment and to enjoy participating in life.

At the global level, the rights of people with disabilities are recognized in a treaty that was born out of the United Nations -- the Convention on the Rights of Persons with Disabilites (CRPD).

According to the United Spinal Association, "The CRPD embodies the protections and opportunities available through the Americans With Disabilities Act (ADA), but on a global scale."

(The United Spinal Association is an advocacy organization for people with spinal cord injuries, MS, ALC, polio, spina bifida, etc. It is just one of the groups of people who are pushing for ratification of the CRPD).

Article 1 of the CRPD defines the purpose of the treaty: "To promote, protect and ensure the full and equal enjoyment of all human rights and fundamental freedoms by all persons with disabilities, and to promote respect for their inherent dignity."

The treaty has gained wide support around the world. The text of the convention was approved by the UN's General Assembly in 2006. Since then, 153 heads of state have signed the CRPD, and 117 nations have ratified it. President Obama signed it on July 30, 2009.

The United States Senate hasn't ratified it yet, but that is about to change. The Foreign Relations Committee has begun hearings on the measure. Advocates have emerged. Prominent supporters of the treaty include former Senator Bob Dole (our neighbor from Kansas), former Rep. Tony Coelho, former presidential candidate John McCain, and others.

One of the key votes in the Foreign Relations Committee is held by our own Senator from Oklahoma, James M. Inhofe. Senator Inhofe isn't generally known as a great supporter of international agreements, but he has won plaudits for his compassionate concern for people with disabilities (especially veterans).

We think Senator Inhofe will cast a vote in favor of the CRPD, and we want to fortify his resolve. Plus, we know he is getting messages from people in our state who are opposed to this Convention -- so, we feel like we've got to speak up!

Can you help by calling or writing Senator Inhofe's Washington office?

Here's a link to his online contact form ...
http://www.inhofe.senate.gov/public/index.cfm?FuseAction=contact.contactform


The next hearing on the CRPD hasn't yet been announced, but we expect it to take place in the next month or two. Then, a final vote in the Senate will probably occur after the elections in November.

Your contact with Senator Inhofe's office is going to make a difference.

Thanks for your support of this important effort!
Posted by William Anders at 7:57 AM