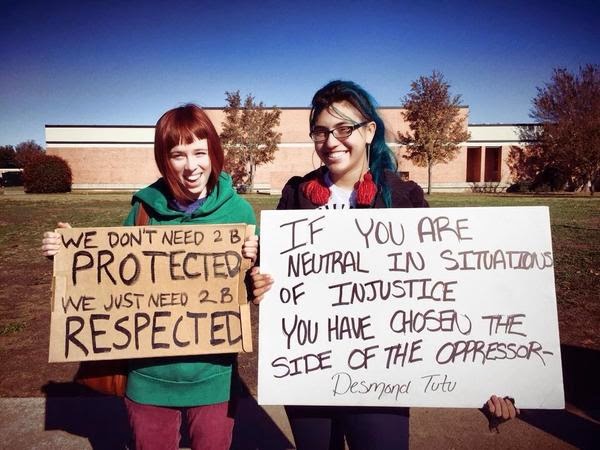 Yes All Daughters was created in Norman, OK, in November 2014 to address allegations that multiple rape victims were bullied and sexually harassed out of Norman High School. 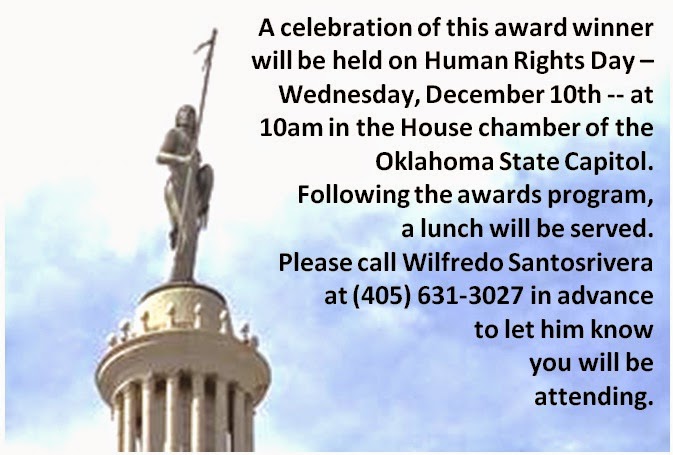 With only two weeks of planning and execution, the grassroots effort of the Yes All Daughters group -- a collaboration between students and adult organizers -- pulled off a peaceful protest at Norman High on November 24, and gained worldwide support and news coverage when their effort went viral. Hundreds of Norman High School students participated in the protest. They chanted slogans such as, "Transfer is not the answer" and "no more bullying."

The Norman Police Captain who led the police presence at the protest commended the group on their ability to lead the peaceful protest "without a single incident, not even a verbal altercation."

Norman Public Schools has agreed to meet the group’s demands and implement more stringent policies regarding bullying and sexual harassment, as well as incorporating curriculum to address these issues. They've agreed to hire a full-time advocate to oversee complaints and implementation.

For standing up for the personal security of all people, Yes ALL Daughters will receive a 2014 Human Rights Award.


“Everyone has the right to freedom of peaceful assembly and association.”

(Article 20 of the UDHR)
http://www.un.org/en/documents/udhr/index.shtml#a27
Posted by William Anders at 4:10 PM